Longtime Athletic Director and Hall of Famer Steps Down 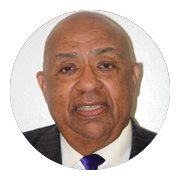 Dr. James C. Coleman, a native of Jackson, Miss., has been a mainstay at Tougaloo College, from his years as a two-sport student-athlete on campus to his service as men’s basketball coach, sports information director and professor of education, to his 33 years as the director of athletics of the Bulldogs’ athletic programs. Dr. Coleman has dedicated a remarkable 56 years to higher education and has been a pioneer in the development and growth of Tougaloo College and the Gulf Coast Athletic Conference (GCAC).

Taking over as Tougaloo’s new athletic director will be current associate athletic director Keith Barnes, Sr.  Barnes brings strong experience in educational leadership and athletics with both women's and men's teams at the high school and collegiate levels. Barnes served as associate athletic director and head women’s basketball coach this past season.  Before returning home to Tougaloo, Barnes served as head women's and men’s basketball coach at St. Joseph Catholic High School from 1991-2004 and from 2006-2010 before being named the school’s Principal in 2011.

With over 28 years of educational and corporate leadership experience, Barnes has demonstrated successes as a high school assistant principal, math teacher, athletic director, as well as, basketball, track and field and assistant football coach. Some of his notable basketball achievements include:  State runner-up, several district championships both girls and boys, and south-state championships.  He was formerly marketing director with The Kirkland Group, an educational consulting firm servicing numerous school districts throughout the state of Mississippi.