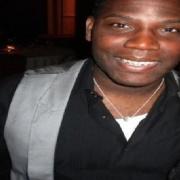 He has served as an adjunct professor at Clark Atlanta University and is referred to by his students as “Professor Nick”, because of his youthful appearance and ability to relate to the students. Rankin has recently accepted a fellowship funded by the Centers for Disease Control from the Directors of Health Promotion and Education, Washington, DC. He will be working with the Director of Epidemiology and the Epidemiologist of the South Carolina Department of Health and Environmental Control in Columbia, South Carolina.

Ahmad R. Smith, a 3L (third year law student), and Professor Angela Mae Kupenda recently both had articles accepted for publication and presented their forthcoming publications at the University of Idaho College of Law 2012 Fall Conference of the crit, Critical Legal Studies Journal. Their papers will appear in a forthcoming issue of this journal and on Westlaw.

Academics, practitioners and students from various disciplines and states participated in the law conference which had as its theme Deconstructionism. The conference was held Friday, Oct. 19 - Saturday, Oct. 20, 2012, Smith and Kupenda traveled to Idaho on Thursday and returned on Sunday. Ahmad Smith's travel and accommodations were funded primarily by the crit, the University of Idaho College of Law. The Dean's office of the University of Idaho College of Law primarily sponsored Kupenda's travel and accommodations, Ahmad Smith and Professor Kupenda had earlier responded to the conference's call for papers; and, their papers were subsequently accepted for both forthcoming publication and for presentation.

Ahmad Smith's paper and presentation was titled, "'Tough on Crime' vs. 'Smart on Crime': What's the Difference?," His presentation was very well received by the audience. Ahmad Smith was the first presenter at the conference. The moderator and other presenters repeatedly referred back to and quoted Ahmad's presentation, as his presentation provided a highly relevant and insightful framework for addressing other topics presented at the conference.His forthcoming publication is one of three papers on criminal reform and justice that he has authored over the past year. Professor Kupenda is Ahmad Smith's writing mentor.

At the conference, Prof. Kupenda introduced and presented excerpts from a nontraditional work examining professionalism, identity, class, race, gender and outsider experiences in the legal profession and before the courts. Her forthcoming publication is a fictional work titled, May It Please the Court? A Short Story, telling the story of a Black female attorney who is facing the biggest case of her career, and even of her life.

Melody Fisher has been promoted to Assistant Professor of Public Relations in the Department of Mass Communication at Tougaloo College. She is scheduled to earn her Ph.D. in Public Relations from the University of Southern Mississippi in December 2012. 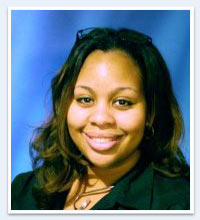 Akemi Harrison is now a Newscast Producer at KXTV/News10 in Sacramento, California. Prior to that, Akemi was a producer at WAPT-TV 16 here in Jackson. She earned her B.A. in English, with an emphasis in journalism, in 2005.

Will Guest on TV Show about Geneology ("Finding Your Roots")

Recently, "Roots", one of the most important books and television series of all times, celebrated its 30th anniversary. "Roots" served as a catalyst for discussions about race, African-American history and the legacy of slavery, and launched a new passion for family history and genealogy, especially among African-Americans. This edition of Aware looks at the importance of genealogy and of finding the hidden treasures of family history. Guests include BIL NELSON, senior librarian with the West Florida Genealogy Library; DR. JOHN VEASLEY '79, director of the West Florida Genealogy Society; and JERRY MERRITT, who specializes in transcription projects for the West Florida Genealogical Society. DR. KAYE CELESTE EVANS hosts.

"Finding Your Roots" will be an hour-long episode on the AWARE program on WSRE-TV shown on select Saturdays and Sundays in June and July.

Coleman, a 1961 graduate of Tougaloo College, will be celebrating 50 years of service as a longtime educator and administrator this year. Coleman began his journey in athletics as a coach and moved up to athletic director after serving in several other positions like sports information director and athletic trainer. After countless years in athletics, Coleman moved from athletics to take on other administrative duties. In 2005, Coleman accepted the position again. Under his leadership, the athletics department has soared to unexpected heights.

Coleman brought a women's volleyball program to Tougaloo in 2011. In only their second season, the Lady Bulldogs volleyball team finished 5th with a conference record of 5-5. Head Coach, Shandrea Taylor, received GCAC Coach of the Year and two players were on the All-Conference Team. In 2005, Coleman was honored for his longtime success in athletics with the naming of the outdoor athletic complex the Dr. James C. Coleman Athletic Complex, which includes the baseball field. 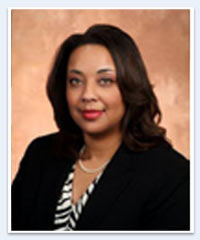 OCEAN SPRINGS, Mississippi -- The Ocean Springs School Board has selected an educator from Prince George's County Public Schools in Maryland as the new Superintendent of Education.

Bonita Coleman-Potter is a Mississippi native who wants to return home, said school board President Sharon Walker during the school board meeting Tuesday night. 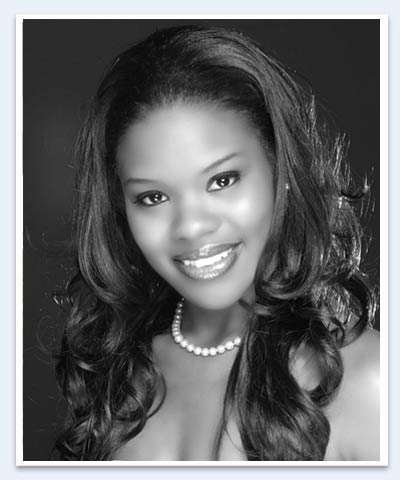 This Tougaloo actress (Jasmine Hughes '08) is poised to make her mark on the national stage! (See, in particular, the last few paragraphs of the review.) 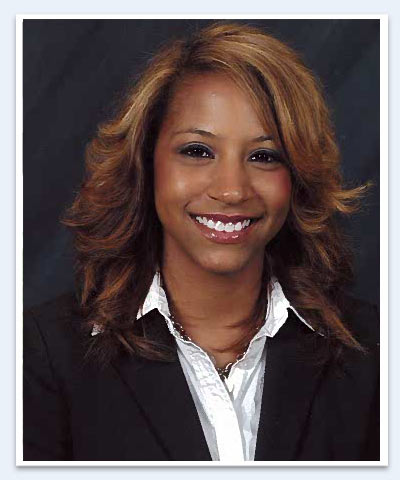 Ms. Monique Sneed graduated this month from Leadership Memphis, a prestigious program which has been shaping community leaders in the Memphis area since 1979. The program seeks to build a better city by building better leaders and focus on a broad array of community issues through the lens of three core values: diversity & inclusion, collaboration and civic engagement. 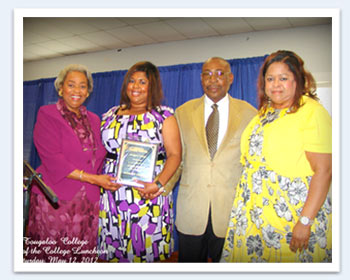 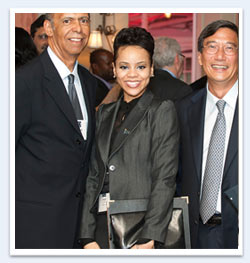 Growing up in the rural town of Edwards, Miss., Angel S. Byrd harbored a love of math and science. When she was 5 years old, her father died. Her mother moved her and her two older brothers to Jackson, and Byrd eased her heart by focusing on school to make her family proud. “I put all of my energy into school — all my troubles, all my worries,” she says. “I just went hard in school, and I’m so thankful that I did.” That focus and dedication to studies has paid off for her. 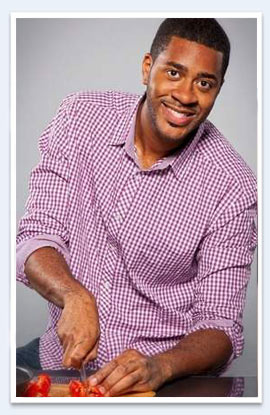 Jackson resident Josh Marks, a 7-footer with an appetite for good food and the skill to make it so, is among the top 100 amateur cooks to make it to the MasterChef premiere. MasterChef heats up Season Three with a two-night season premiere, 8 p.m. today and Tuesday on Fox. Michelle Gollott, a food services sales consultant in Biloxi, was also among the top cooks flown to Los Angeles to compete.

Mississippi has a history with the show; Whitney Miller of Poplarville took the title in MasterChef's first year out.

Marks, who just turned 25, grew up in Chicago and came to Mississippi in 2005 to attend Tougaloo College, where he played basketball and graduated in 2009. He's been in the state since and works as a contract specialist for the U.S. Army in Vicksburg. 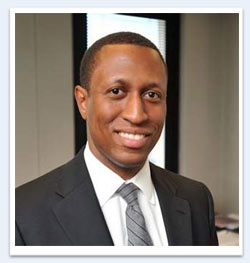 Hairston is associate counsel and policy advisor to Mississippi Governor Phil Bryant, covering the areas of Economic Development and Public Finance. The 2009 MC Law graduate received his bachelor's degree from Tougaloo College and master's degree from Belhaven College. He currently serves as a member of the Mississippi Economic Development Council and the National Association of Bond Lawyers.

MC Law Dean Jim Rosenblatt is thankful for the support Hairston provides to the law school. "Tray is a high energy person who likes challenges. He is a first-class people person and works to bring people and ideas together." 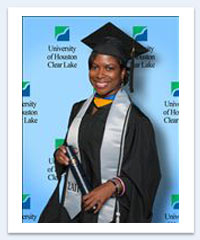 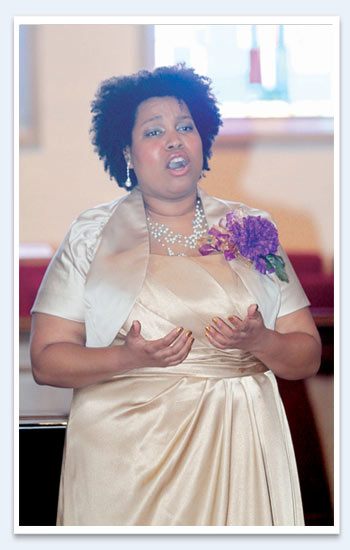 Soprano DeAnna Esther Marie Tisdale, a 2008 graduate of Tougaloo College, recently performed her graduation recital, a requirement for receiving the Master in Music in Vocal Performance from The University of Southern Mississippi May 2012. Family, friends and classmates gathered at Westminster Presbyterian in Hattiesburg, MS, for the classical extravaganza. After graduation, DeAnna will study with opera star Martina Arroyo in New York City before attending The Boston Conservatory for two years. 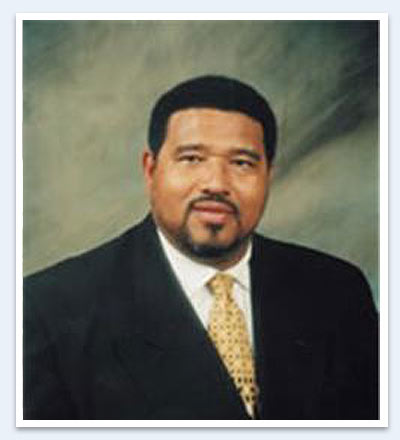 Benedict College AD to receive NAACP award
Willie Washington will receive the Civic Leadership Presidential Citation for his support and accomplishments in the struggle for equal rights.

Ms. Reed is married to James Reed; they have three children, six grandchildren and one great granddaughter. Humphries Reed, who taught grades 1-3 for 25 years, is now retired (Gulfport, MS)

Dr. Bradford resides in Amarillo, TX, is now a Fellow of the American College of Physicians and serves as Medical Director of the NWTHS Stroke Team.